Resident of the Month

Born and bred in Manhattan, its ineffable energy afforded me the opportunity to work at the elite Stork Club, even substituting for debutantes on Sherman Billingsley’s television show and promoting its Sortilege perfume as “Miss Sortilege” on special occasions.

The fun years progressed to an advertising agency with a more parochial view of Mad Men of Madison Avenue with an intriguing real-life cast of characters.

Then, my affinity for fashion led me to the designer-of-the-moment, Anne Fogarty. The excitement of Seventh Avenue is more aptly described by Kirk Douglas in his story; “Rag Man”.

Moving to the desert presented the chance to become Director of Catalog Production for Ambassador Leather seeing it grow in seven years from a ten million to a one hundred million dollar company.

Change is Good; Change is Constant

For the next decade, I was on the staff of The Heard Museum which offered me insight into the art and culture of the world of the Native American. Actually seeing kachinas dance on the reservation is an indelible memory of the Southwest.

Heeding the community within me, I phased into serving on the boards of the Phoenix Art Museum League, the Friends of Channel 8, and the Friends of Mexican Art, to name a few. Soon, fundraising began in earnest with the opening of the Scottsdale Museum of Contemporary Art.

After a bout with breast cancer, I developed “In Celebration of Women: Reflections of Women Artists” and convinced 32 artists to generously donate paintings in perpetuity to the Thunderbird location of the Mayo Clinic.

Now, for the past ten years, as a professional consultant, I energized the Book and Author event for the Phoenix Chapter of Brandeis University National Committee, ultimately creating the concept “Writers Can Cook Too” which book won the chapter a national Creative Recognition Award. 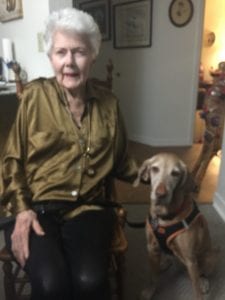 I am Likely to Recommend My Community to Others.

I Can Count on My Community to Deliver on Promises.

Rate Your Overall Satisfaction with Your Community.

Employees are Always Smiling and Displaying a Positive Attitude.

The Amount of Communication Between the Management Team and Me….or My Loved One, is Just Right.

The Management Team Shows a Genuine Concern for Me or My Loved One.

I am Provided Quick & Adequate Resolutions to My Concerns or Questions.

Rate the Availability and Visibility of the Executive Director.